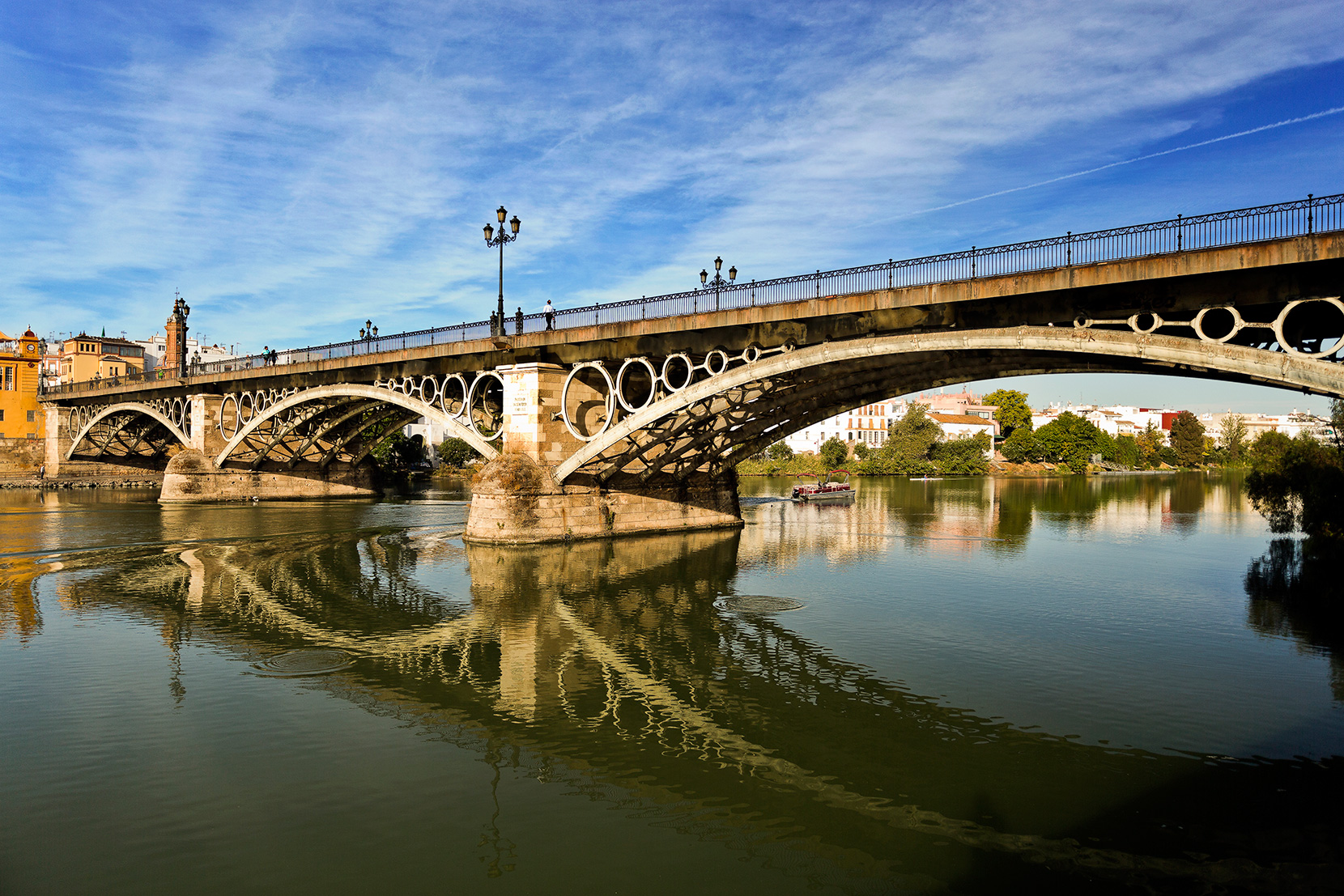 Seville, capital of Andalusia, Roman, Arabic, Renaissance, Baroque, Latin American, Marian, flamenco, bull-fighting, modern, festive, bright, perfumed, sea-faring, traditional, hospitable, gracious, cosmopolitan, religious... All of these adjectives, and many more can be applied to this city, which not only typifies all that is "Spanish" and "Andalusian", but also contains such innumerous artistic, cultural, leisure, social and tourist attractions, that is has also become one of the most universal, best-known and most-visited cities in the world, birthplace and inspiration of writers, painters and artists in general.